“It’s got to be about something!”

Even trying to write about John Hubley, I feel inadequate. The first moments in his presence, in 1946, I knew the man was a genius of Magnitude One. He drew like no one I knew, but it was his thinking that set me on course for whatever I may have achieved.

I always considered Hub the true creative leader of UPA, and he took me on as his protégé! I hung on his every word, even when he was making fun of me for my naive remarks, as well as my awkward left-handed drawing manner. I had been imitating some popular avant garde graphic artists who drew with a mannered “active” jagged line. “Animation has to flow!” Hub said. “Why do you draw like a sewing machine?” I had to learn to swing my whole arm while drawing, and not just my wrist.

John’s criticisms and suggestions were always like that – just a few seemingly off-hand words that made me almost believe that I was seeing the light all by myself!

When I asked him about “story”, he had the most simple and profound answer, which has guided me ever since:

“A story has to be about something!”

That may sound idiotically obvious, if you think about great novels or plays, but you also may have noticed that many movie stories are not about “anything”!

Hub’s simple slogan led me quickly to deeper questions, and I was soon learning about premise, character establishment, “core of meaning,” scene continuity, gradation, climax, reprise, and as many of the elements of story construction as I could absorb… All which boiled down to Hub’s question: “What’s it about?”

In addition to “hints from the master,” Hub gifted me with two books that became the under-pinnings of my entire career: They were THE LANGUAGE OF VISION, by the master Hungarian graphic designer and filmmaker, Gyorgy Kepes.  Everything you need to know about the dynamics of graphic design is in there! The second watershed book was FILM ACTING, by the pioneer Russian filmmaker Vsevolod Pudovkin, the bedrock basis of cinematic construction.  Everything I’ve ever done was fortified by these two books and what Hub taught me.

That’s the way it went, being John Hubley’s “protégé.“  On the question of how to make a story into a film scenario (Where to start? Where to end?) Hub had a provocative image: “Think of a story like a moving train; it’s always in motion.  We simply climb aboard at one point, and get off at another point, but the story is probably continuing… just as we join the earth when we’re born, and it goes on when we leave it.” The longer story may continue, but the segment of our character’s story is between when we get on board and when we get off. Hub‘s image quickly got to me.

Though Hub had a firm handle on story and meaning, he was essentially a master graphic artist, nurtured as a long time Disney production designer. We know his masterful “Figaro” sequences in PINOCCHIO, which I think of as Walt Disney’s masterpiece.

Of course as UPA’s Creative Director, Hub went far beyond cute kittens. It was Hub who basically fathered the UPA graphic style, which was in fact a “world style.” I often have to correct people who refer to “limited animation,” as the UPA style. It was John Hubley’s idea that the entire world of graphic art could be animated, without limits. It was finding the best graphic style to convey each individual story. That was the mantra the studio basically followed. It was the pressure of commerce that led to the series of Gerald McBoing-Boing and Mister Magoo series, forcing a certain standardization of graphic styling.

But Hub maintained and further broadened his conceptions after he was drummed out of UPA by the arch villain Senator Joseph McCarthy. He set up his own studio, named Storyboard, Inc. (That name was Hub’s statement of what really counted!) When he established a New York branch, ten years after I began at UPA, he called on me, his former green acolyte to work with him as a director. It was my signal moment!

But it didn’t last long, as the chance to be the creative director of CBS-Terrytoons was ahead for me, but being even briefly with Hub again was yet another boost in my conception of what animation could be. During that short period, in 1956, Hub had what seemed to be an impossible challenge. It was a time when Radio was being drowned by the tsunami of Television. Radio still had a wide range of live drama, comedy, quiz shows, and prime-time live entertainment. Hub was hired by CBS Radio to make a film – a visual medium – which could prove the special value of radio, a non-visual, audio-only medium.  I was grateful that he didn’t hand me this problem! An animated film, with dynamic graphics, would seem to be the opposite of what CBS Radio wanted to show!

But as Hub and I were walking briskly together down the streets of mid-town Manhattan, he excitedly revealed his audacious solution. “Think of our camera,” he said, “as a specialized sort of camera that visualizes sounds – not just wiggly lines, but actual images of objects and backgrounds that would only appear on the screen for the actual duration of the sound it makes, even micro-seconds!” Hub was describing what could now be described as a kind of sonar, or the modern medical device that can show you the image of a baby inside a pregnant mother.  Those devices send out sonic signals that bounce back as images. Hub would take it further, graphically, by flashing graphically exciting images that would fleetingly show a moving story, beginning with the visualized sound of an alarm clock, the taking of a shower, footsteps, an apartment door opening and closing,  traffic sounds, a taxi, a radio studio, all leading to graphically exciting images evoked by the imagination we all brought to bear when enjoying radio dramas! The name of the film was “More Than Meets The Eye,” an artistic and conceptual triumph – a truly original solution to an “impossible” problem. Of course, the goal was impossible, as television eventually reduced radio more or less to disc jockeys, weather reports and right-wing haranguers.

John, did win an Oscar, and properly, the year before I won mine, but I don’t feel he has been honored enough for his outstanding and truly revolutionary contributions to the art and craft of drawn animation. Hub was definitely my guru and my inspiration. What I’m trying to preach to others, he taught me.

His cryptic pronouncements in the UPA days made him the target of caricatures pinned to the studio bulletin board.  How I wish I would have saved some of them! Surely someone did…Who???   What I did was to take the standardized Hubley caricature, and with some further exaggeration turn him into “Mean Morgan,” the absurd villain of my Terr’ble Thompson comic strip.  It was my hidden tribute to the man who inspired me the most. 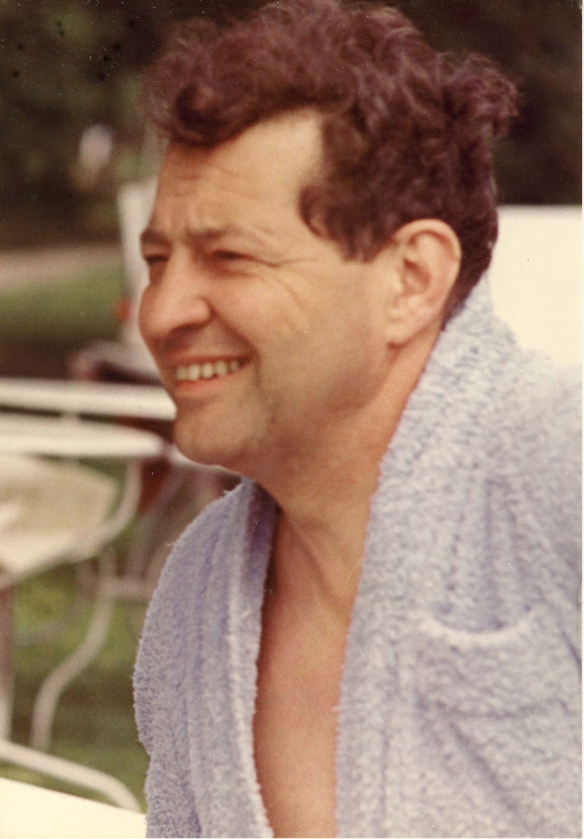 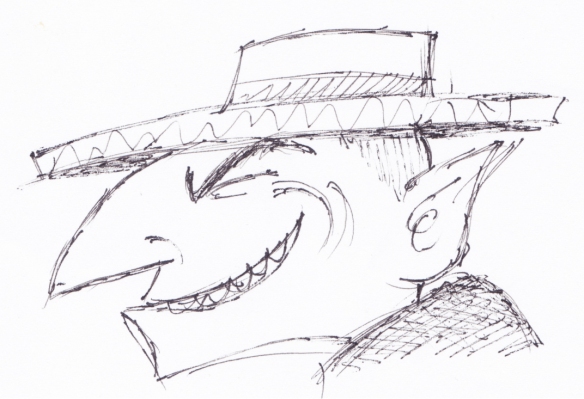 …grotesquely transformed into the villain “Mean Morgan’ in my “Terr’ble Thompson” comic strip, 1956

This site uses Akismet to reduce spam. Learn how your comment data is processed.